Named in 2013 as one of the five most powerful women in gaming by Inc. magazine, and in 2011 by Fast Company  as one of the most influential women in technology, Ms. Kelley co-curated the groundbreaking 2012 exhibition Joue le jeu / Play Along at La Gaîté lyrique in Paris, France. She is co-founder of Kokoromi, an experimental game collective, with whom she has produced and curated the renowned GAMMA event promoting experimental games as creative expression in a social context. In Autumn 2009, she was Artist in Residence for Subotron at Quartier21, MuseumsQuartier Vienna, where she created SUGAR, a cross media collaborative event featuring an original game, scent-generating networked electronics, and couture fashion. Ms. Kelley was Creative Director on the UNFPA Electronic Game to End Gender Violence, at the Emergent Media Center at Champlain College in Burlington, Vermont. 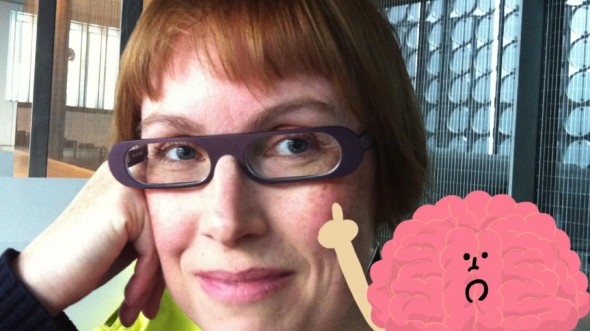 As moboid, Heather has created interactive projections using game engines such as Quake and Unreal. Her experimental art game work with Lynn Hughes, Fabulous/Fabuleux, was created at Montreal’s Hexagram Institute and integrates gameplay into a full-body interactive installation using custom “squishy” interface hardware. For seven years, Heather served as co-chair of the IGDA’s Women in Game Development Special Interest Group. She holds an MA from the University of Texas at Austin, where she studied with Prof. Sandy Stone as an alumna of the Advanced Communications Technologies Laboratory.

2 thoughts on “About Heather Kelley”